Home > Fintech > Cause for celebration after record year for growth 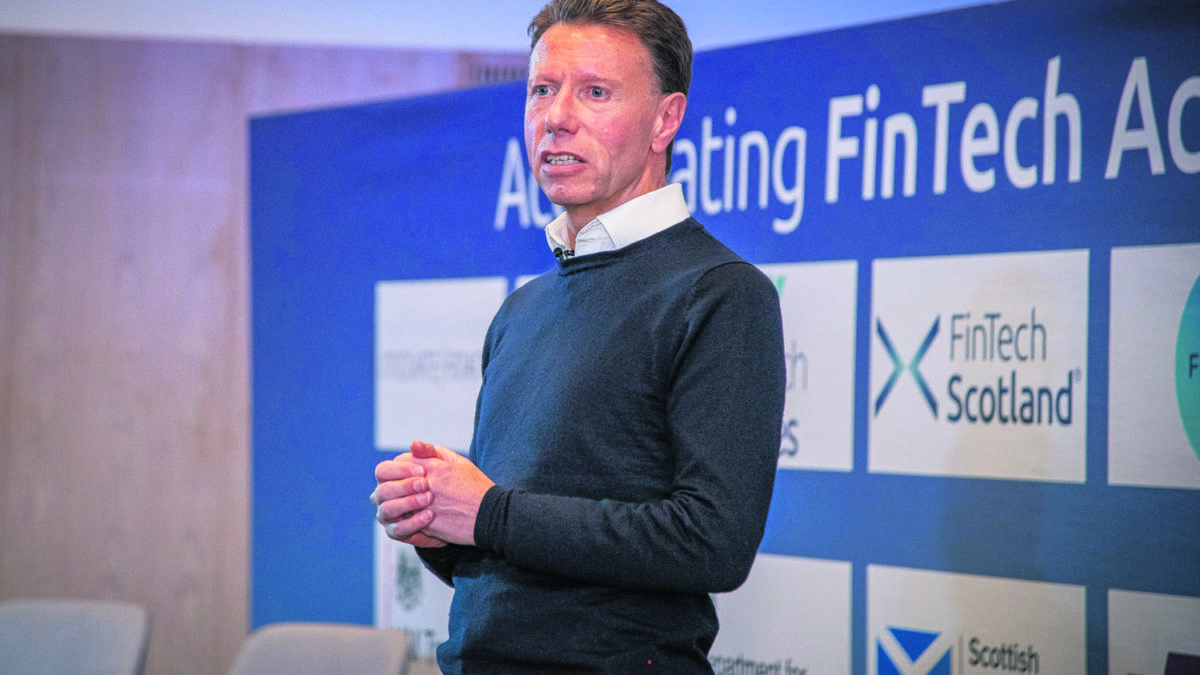 Cause for celebration after record year for growth

The achievements of our home sector were marked at the FinTech Scotland Festival, as well as its contribution to an industry that is creating hundreds of thousands of jobs and adding £11 billion to the economy

The recent FinTech Scotland Festival – more than 50 events that impressively showcased the 200 companies delivering digital and data innovation around the country – was an encouraging cause for celebration in a business world that has seen seismic changes amid the Covid-19 pandemic that has overshadowed the UK for the past 20 months.

Stephen Ingledew, Executive Chair of FinTech Scotland, points out that the sector, an ecosystem of exciting fintech start-ups, large financial service firms, universities and public sector bodies, now contributes £568 million GVA to the Scottish economy and is the largest fintech cluster in the UK after London with global achievements and aspirations: 37 international fintechs have made Scotland their new home while more than 50 per cent of them here trade internationally.

“Recent years have seen significant progress in bringing together the innovative Scottish fintech community across multiple cities, organisations and universities,” he said, adding that the festival’s final event at the University of Strathclyde in Glasgow came at a critical time for innovation across the UK and Scotland has experienced record levels of growth this year.

The UK FinTech Conference was followed by Rishi Sunak’s budget which included further support for fintech to build on the progress in Scotland and the rest of the UK, with, for example, the funding of the Centre for Finance, Innovation Technology (CFIT) which Fintech Scotland will be supporting.

John Glen, Economic Secretary to the Treasury and City Minister in the UK Government, shares Ingledew’s optimism. “That there has been a 50 per cent growth in Scotland in the last 18 months shows the enormous role you are playing in what is going on,” he said.

“And what we’re seeing across Scotland is mirrored across the UK. Fintech businesses from Belfast to Birmingham are generating hundreds of thousands of jobs and driving incredible growth: last year, the sector contributed £11 billion to the national economy and in turn, this vibrant domestic landscape is cementing our position as a global financial hub.”

Much of this success, according to Nicola Anderson, CEO at FinTech Scotland, comes from the dynamism of collaborative clusters throughout Scotland and the UK.

The recent growth in Scotland’s fintech cluster has been impressive, increasing by more than 50 per cent since the onset of the Coronavirus pandemic.

“A significant part of our job at FinTech Scotland is to support the fintech innovators’ community and to create the environment that allows those businesses to grow and to thrive.” It’s a two-pronged approach, she added: “Part of that is about supporting exist- ing innovation and part encouraging new innovation in a community of companies and organisations that are supporting and complementing each other.”

The Global Open Finance Centre of Excellence based at the University of Edinburgh, she said, is a meeting of industry and academia, advancing collaboration that will accelerate innovation, unlock research, and grow talent in a sector that is swiftly evolving its propositions and is attracting major financial services players such as Lloyds Banking Group, NatWest and Barclays and others such as Phoenix Financial, abrdn and Baillie Gifford.

Maha El Dimachki, Head of Payments Supervision at the Financial Conduct Authority has noted that as a dynamic new sector, the many opportunities presented by fintech also bring responsibility.

Anderson agrees that there are fintech innovators who are being thoughtful about the regulatory framework and developing solutions that will help the banks and other financial services institutions, using technology and data in their regulatory reporting requirement for example, though she believes there is room for more efficiency.

She described the fintech community as, essentially, problem solvers. “We have a consumer panel at FinTech Scotland and that’s an important part of our cluster because it allows us to hear directly from some of those organisations that represent consumers and thinking about the need for and developing solutions that allow vulnerable people to maximise their income as opposed to thinking their only option potentially is further credit or more debt.”

One of the areas that FinTech Scotland would like to develop is its engagement with the business community, especially SMEs.

“These organisations are increasingly going to be operating within the digital space,” Anderson said, citing among others Float, which provides businesses and their advisors with cash flow forecasts that are highly visual, accurate, and take a fraction of the time to prepare compared to spreadsheets.

Float is a Scottish-based company that is also operating in Australia, while Glasgow-based Know-it is a cloud-based credit management platform.

“Due diligence around the credit offering in advance can help stem the default options going forward or late payments going forward – and that’s another superb innovation that is helping micro and small businesses, not exclusively large corporates,” said Anderson.

“The more we can do to share these stories and the outcome of these innovations the more we can help inform people about the potential of fintech.”

‘We cannot take our dominant position for granted ...’

Law Society says ‘still progress to be made’ on inclusion

‘We cannot take our dominant position for granted …’