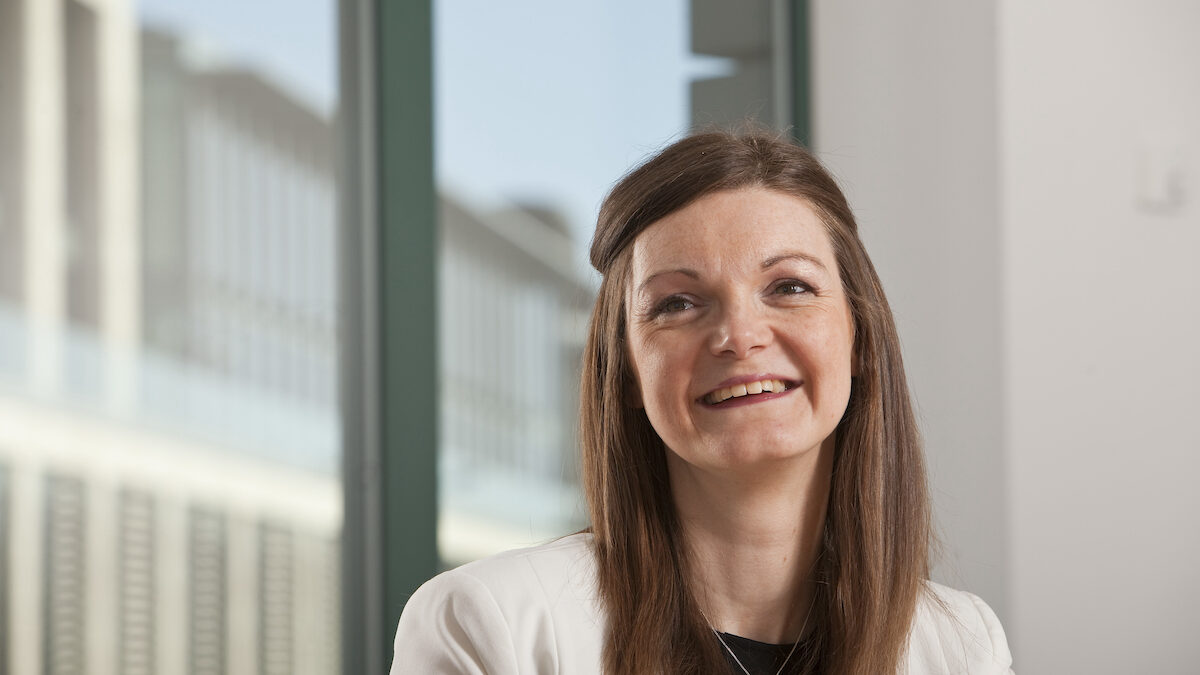 Judith Stephenson is a Partner in Shep- herd and Wedderburn’s property and infrastructure team.
Property

The built environment contributes 20% of the nation’s greenhouse gas emissions, making it a key player in tackling the ambitious challenges we face on the journey to a low or net-zero emissions society.
How we heat (and cool) our buildings is a crucial element in reducing carbon emissions. But there is no single answer that will deliver the required emissions reductions to achieve government targets. Location, along with available stock and infrastructure, will determine the best combination of solutions in different areas, and a variety of distribution, generation and resource options are available. District heating and heat networks have a big part to play in cutting carbon emissions, but we are still far from a fully joined-up strategy that provides a clear path for individuals and organisations to follow.

The Scottish Government has taken a step towards a comprehensive strategy, with the passing of the Heat Networks (Scotland) Act 2021. The Act (still to be brought into force) sets up a regula- tory and licensing system for district and communal heating, with the aim of accelerating its use in Scotland.

The Scottish Government’s aim is that low carbon technologies such as heat networks will supply heat to 35% of domestic and 70% of non-domestic buildings by 2032.

What are heat networks?

Instead of providing individual systems within buildings to heat water and provide space heating, heat networks are centralised sources of energy that deliver heat to buildings, in the form of hot water or steam, through an infra- structure of insulated pipes.

Heat networks can use a variety of heat sources such as combined heat and power (CHP), gas boiler, renewables and recovered waste, and are often more efficient than individual fossil fuel heating systems.

Heat sources can be changed at the centralised energy centre to better align with climate change targets, without having to disrupt the heat users. This is in contrast to the disruption it would cause a property owner if, for example, they wished to change the heating system in their property from gas to a biomass or geothermal system.

Small-scale communal heating systems have been successfully utilised at development sites at Slateford Green and Lasswade Road, Edinburgh, and on a larger scale at the Queen’s Quay multi-use development site built on the former John Brown shipyard, Clydebank. The network installed at Clydebank is the first large-scale water source heat pump scheme of its kind in Scotland and will make a significant contribution towards climate change targets for West Dunbartonshire Council.

Duties of operators under the Act

There are already more than 830 heat networks in Scotland, but so far the sec- tor has been unregulated. The regime set up by the Act will provide greater consumer protection, by requiring operators to:

It is possible, perhaps even likely, that the person or organisation that constructs the heat network will not be the operator, so the Act provides for obtaining consent to construct, or to operate, or both. It will be an offence liable to a fine up to the statutory maximum of £10,000 to provide a heat network without a licence. The licensing authority for this purpose is the Scottish Ministers or another body designated by them.

Powers of operators under the Act

It is well known that public utility providers enjoy a wide range of statutory powers that make it easier for them to carry out their activities. The Act gives Heat Network Licence holders similar rights and powers, such as the ability to choose routes for pipes and a right to access for surveys and repairs.
These include the right to compulsorily acquire land required in connection with the construction or operation of a heat network, or to obtain a servitude right required. Such acquisition will be able to proceed under existing compulsory purchase procedures.

In addition, licence holders will have “network wayleave rights” allowing them to install apparatus on, under or over any land, and for access to maintain and repair. A wayleave can be acquired by agreement with the landowner, or if they do not agree, by application to Scottish Ministers. Landowners can make representations to Ministers before such a wayleave is granted.

Licence holders will also be entitled to enter land, on giving notice, to survey it to determine whether it is suitable for construction or operation of a heat network. This includes sinking boreholes and investigating subsoil and minerals. It will be an offence to intentionally obstruct a licence holder from carrying out a survey (carrying a fine of up to £1,000 on conviction).

Finally, licence holders will benefit from “network land rights” that include powers to enter land for installation, inspection, maintenance, alteration and replacement of apparatus, and any incidental works, including clearing trees and shrubs. Such activities may, however, be curtailed if the land is occupied by a statutory undertaker, where it could obstruct or interfere with that undertaker’s work, unless the licence holder has the undertaker’s permission.

Compensation may be payable for damage or disturbance caused by a licence holder while carrying out a survey or work.

Registers of licences and wayleaves

The Act contains provisions that will allow Scottish Minsters to require a register of wayleaves to be set up. While it is not currently intended to create this register, it may be considered in the future.

However, the licensing authority does have to prepare and maintain a register of heat network licences – a public register available for inspection free of charge. This will be a useful source of comfort for consumers who will be able to get independent confirmation that their operator is both authorised and regulated.

A network of networks?

District heat networks and communal heating systems can deliver reductions in greenhouse gas emissions and help alleviate fuel poverty, but community support will be necessary to help them proliferate.

Local authorities can designate heat network zones in their area, identifying areas that are particularly suitable for the construction and operation of a heat network. District or communal heat networks generally work best in urban areas and new-build developments, which are heat dense. But heat networks depend on the existence of appropriate infrastructure in the area.

The installation of district heating systems and their ancillary infrastructure can be complex, time-consuming and often requires a significant cost outlay at the beginning of a development. The use of a district heating network on any site is a long term commitment and will require long term support from both government and the private sector, from the initial planning stages through to operation and maintenance of the infrastructure once the network is operational.

Heat Network Zone Permits may be awarded, via a competitive process, to a single winning bidder. This would provide certainty and exclusivity for a specified number of years and allow large, strategically sited networks, but the issue of cost to the homes and businesses within a network is unclear: uptake is only possible if it sits hand in hand with affordability. Inevitably, government support will be required
to make heat networks flourish. Capital costs are another matter – government needs to come clean on whether they expect providers to meet these, and providers need to factor in how that affects the costs to the consumer.

Judith Stephenson is a Partner in Shepherd and Wedderburn’s property and infrastructure team. For more information, please contact Judith at judith.stephenson@shepwedd.com

Judith Stephenson is a Partner in Shepherd and Wedderburn’s property and infrastructure team. For more information, please contact Judith at judith.stephenson@shepwedd.com