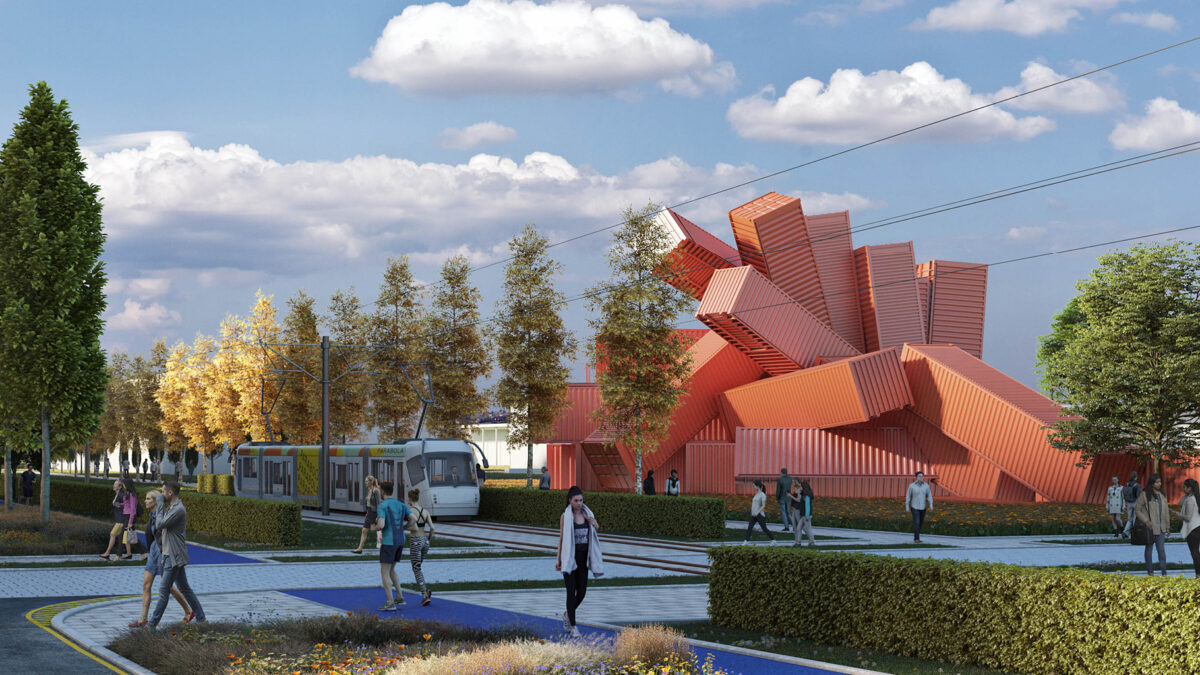 If anything, the past 18 months have taught us in no uncertain terms that in shaping the future of our homes and workplaces the currents of change are running both fast and deep. The retreat from city centre offices to kitchens and bedrooms (and occasionally garden sheds) prompted by the Covid pandemic has radically altered perceptions about what we want – and increasingly demand – in terms of our work/life balance and flexibility.

The Scottish Government’s goal of achieving net zero carbon emissions by 2045, with an interim target of a 75 per cent reduction in emis- sions by 2030 has also been a game changer, one that will come under countrywide and global scrutiny at the COP26 summit in Glasgow later this year.

Judith Stephenson, a real estate partner at Shepherd and Wedderburn, the largest Scottish-headquartered UK law firm, acts for local authorities and public and private sector bodies on numerous property and infrastructure transactions, specialising in residential development and site assembly, and is used to dealing with rapidly changing landscapes and aspirations.

“We’ve seen a growing desire, one no doubt expedited by the challenges posed by the pandemic, to create living spaces that integrate what we have traditionally seen as ‘home living’ with how we operate in terms of work,” she says.

“This includes the aspiration to have areas of land regenerated, with developments taking in office blocks that have good transport links perhaps to a city centre or to motorways with good connectivity but also with a residential element, which we really haven’t previously seen working together. There are now developments appearing around the country where that aspiration is starting to become a reality.”

The translation of desire into reality, however, won’t necessarily be an easy one. “The major challenge will be getting buy-in from homeowners who have become accustomed to living away from and commuting to their place of work, and from businesses who need to think beyond the concept of the city centre office and take up space in areas that are also hubs of the community.”

Stephenson believes that companies in the financial services sector will be among the first to take up
these opportunities. “For example, large retail banks such as Sainsbury’s and Tesco realise the wellbeing of their people is essential to their business and are now trying to promote a working environment that is far more holistic.

“This will mean that people will be in a situation where they are close enough to walk to their office premises for meetings, perhaps three times a week. And time will tell how both businesses and we as individuals react to that to that concept – but it’s one that increasing numbers are certainly more open to now than they previously were,” she says.

An additional challenge for these concepts, Stephenson adds, is planning permission as it is potentially onerous for developers who are putting substantial sums of money at risk in the hope that their vision will be realised – while local authorities also must reconcile delivering afford- able housing, private residential and sustainable living space.

Overall, she says, we are looking at a huge change in addressing the future of our living and working spaces.

Existing demands from a younger demographic are informing this: “Younger people don’t necessarily think that buying a home is the be-all and end-all. For many of them the importance of ‘home’ is more about the space in which they live and the memories they make; the quality and experience of life rather than merely owning bricks and mortar.”

Another critical factor for these new communities is connectivity – which increasingly means public transport. “That’s fewer cars on the road and a reduction in pollution which feeds into greener spaces and the zero-carbon target we’re all working towards. We need to become increasingly alive to that because the younger generation has a vested interest in moving towards zero carbon in a very practical way.”

Stephenson cites the 80-acre, residential-led £250 million regeneration project at Queen’s Quay, a redevelopment of the former John Brown’s shipyard site serviced by a water-sourced district heating system that extracts heat and distributes it to not only residents but the wider Clydebank community,

“In that project, where Shepherd and Wedderburn is acting, car park- ing spaces don’t necessarily equate to one per flat or one per property. There’s a large public realm, open space driven by the concept of place-making, which is creating an area for people to live and work in with a rounded life experience.

“We’re also involved with the ongoing development of Edinburgh Park where there is a vision for place- making as opposed to just creating an extension to an existing business park.

“And that involves achieving a balance between engaging with new and novel ideas while at the same time retaining a sense of quality that young professionals and in many cases families are looking for.”

All of which is laudable and forward looking. However, given all these imperatives involving sustainability and holistic living, where does that leave existing city and town centres? Stephenson concedes that as traditional retailers have moved out, developers need to look proactively to what she terms more adaptable use.

“Some properties can be looked at as business and walk-in meeting spaces during the day – but in the evening could facilitate food and drink functions or be used as gallery space. If not, we run the risk of our city centres becoming terminally rundown: we can’t vacate and leave our city centres, which have some of the most historic and beautiful buildings in the country, to deteriorate.”

Stephenson serially returns to the need for ‘flexible finance’. From where does the money flow to allow people – both in the private and public sectors – to let these visions become reality? “It’s a combination of public and private sector funding,” she avers.

“But the issue is how quickly that can be realised. We have a variety of clients in discussions with banks who have a wishlist that includes the ‘green’ boxes to be ticked and we need to ensure that clients can realistically achieve novel concepts which are inevitably expensive in terms of installation and running costs.”

The answer – crucially – she believes is collaboration. “We’re facing major challenges on multiple levels because historically we haven’t been the most dynamic at bringing government and the public and private sectors together to achieve a single goal – everyone has had differing wish lists and objectives. But there is a bigger, more important objective here, that will benefit all of us and we can’t ignore that.”

Huawei set to open debut office in Scotland, according to property industry sources