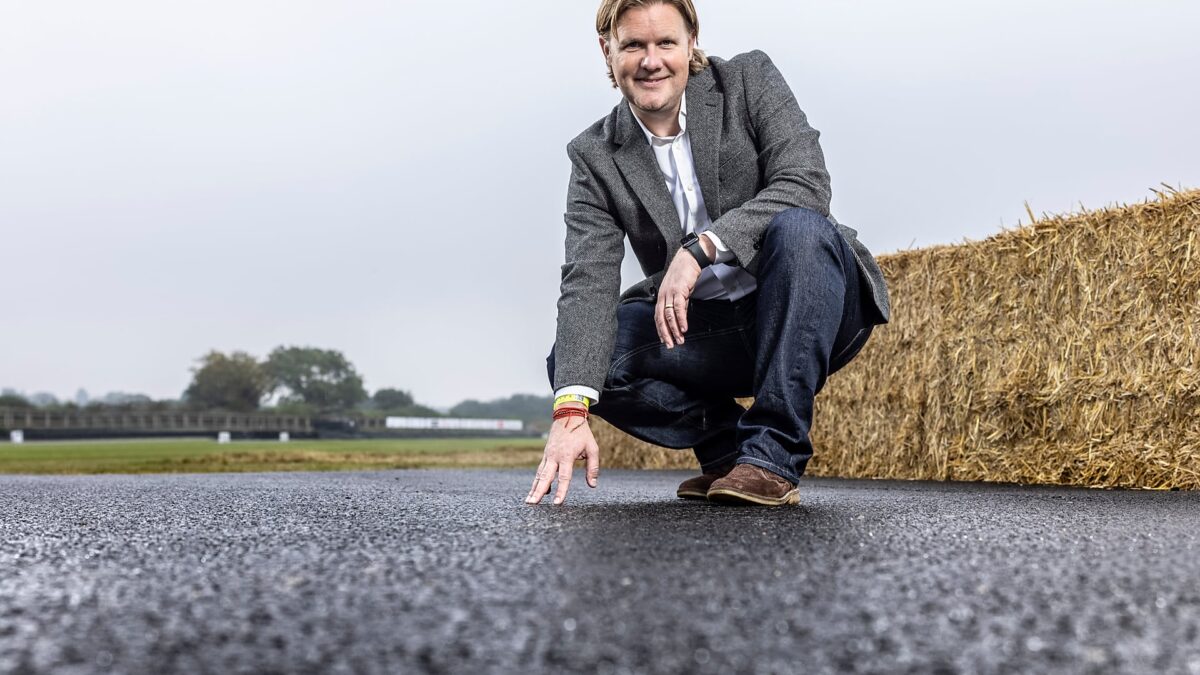 Toby Mccartney: ‘There is zero policy for when a road is made’
COP26

One of the One Step Greener Ambassadors at Cop26 is the man behind a carbon-cutting road surfacing material. Using non-recyclable waste plastic, MacRebur produces an additive to replace some of the bitumen used to make asphalt.

The Lockerbie-based company’s co-founder, Toby McCartney, explains: “One of our MR additives would be on average about six to ten per cent of the bitumen. So, three to five kilograms per tonne of asphalt are produced.”

That’s a big pile of waste plastics. “For each kilometre of road, we’re using the equivalent of 740,000 one-time use plastic bags or 80,000 plastic bottles.”

He points out that, as we don’t have our own bitumen in the UK, it is all imported.
“We produce around 25 million tonnes of asphalt every year. If we were to get one per cent of the UK’s replacement of bitumen, it’s about 15,000 tons of waste plastics that could be recycled in roads. That soon adds up.”

MacRebur also manufactures the machinery to create the additive. “The machines are in use around the world where they can then process their own local waste plastics,” he adds.

McCartney hopes to use his role at Cop26 to highlight the potential of the existing solutions in the UK that could be used to help our politicians meet those net zero targets. “I think we just have to focus on what we’ve actually got within this country.”

“That will give my company, and companies like mine, a chance when we’re so desperate to reduce carbon emissions and use up those waste plastics.”

COP26 brings with it risk of disruptive protests