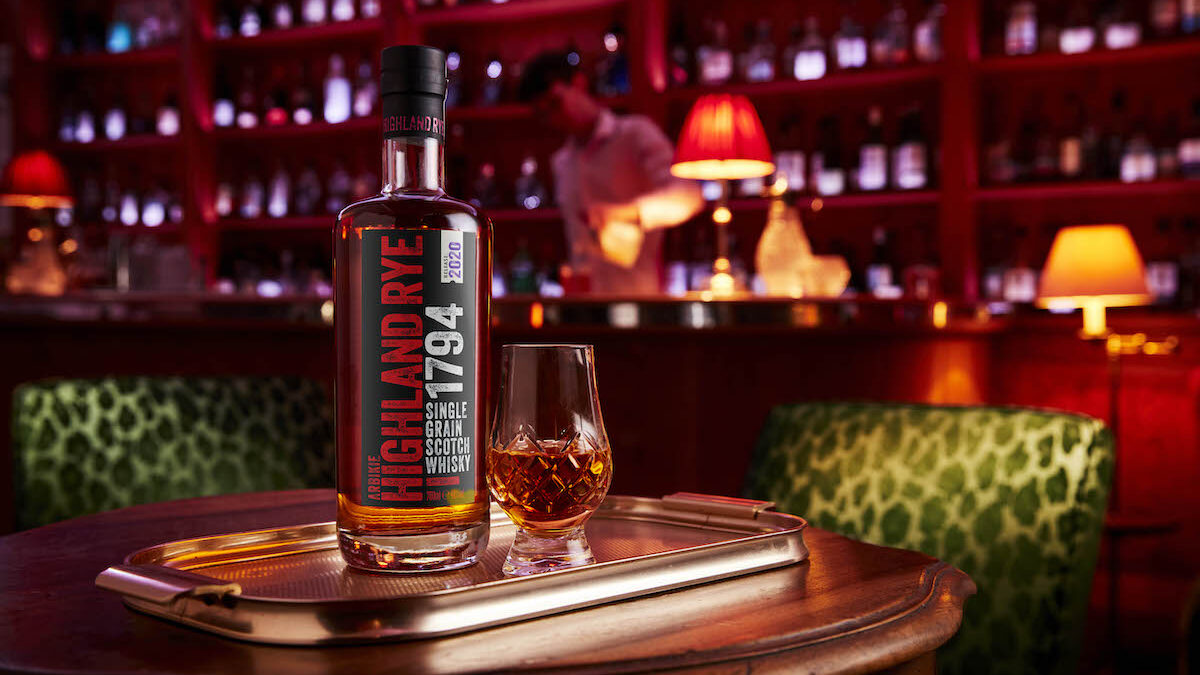 Whisky from Arbikie Highland Estate, which aims to be one of the world’s most sustainable distilleries
Business & Economy

Scottish produce, from salmon to Scotch whisky and shortbread, is loved across the world, but Brexit has clearly had an impact on overseas shipments.

Analysis of HMRC data published earlier this month found that British food and drink exports to the European Union fell by £2 billion in the first three months of the year, a drop of almost 50 per cent.

The Scottish food and drink sector has concerns about the pressure it is under, most notably from Brexit and coronavirus.

John Davidson, strategy and external affairs director at Scotland Food & Drink, says: “The impact of the Covid-19 pandemic has been profound for many food and drink businesses across Scotland. Overnight, our key markets across hospitality and exports effectively disappeared and, for some, those markets were their only customers.

“Businesses have had to be incredibly resilient and find new routes to market, and many have done so. However, had it not been for the support from the Scottish and UK Governments the fate of many businesses may have been different.”

While Brexit has already had a detrimental impact on the sector, Davidson says it may be some time before its full effect is clear. “Between Covid and Brexit we estimate that the industry could face up to as much as £3 billion in lost sales of and growth opportunities of Scottish food and drink producers, which disproportionately affects our rural and coastal communities,” he adds.

Cat Hay, head of policy at the Food and Drink Federation (FDF) Scotland, says Brexit is still causing huge challenges for the sector. While she recognises the immense effort put in by the UK and Scottish governments in these challenging times, she says there is room for improvement.

Hay points to: inconsistencies and numerous changes in law; a need for the Scottish government to take national responsibility for some decisions impacting food and drink and reassurances on funding throughout recovery.

The Scottish salmon farming sector is of great importance to the economy and accounts for about 40 per cent by value of the country’s food exports. Tavish Scott, chief executive of the Scottish Salmon Producers Organisation (SSPO), says its three main concerns about Brexit were paperwork, transport problems and customs hold-ups. The first one has turned out to have had the worst effects.

He says: “The key to our European exports was our ability to deliver day- one for day-two into Europe. Suddenly, our members were no longer able to do that. The delays were often of several hours and sometimes longer than that. Customers couldn’t rely on deliveries so went elsewhere and the prices offered for Scottish salmon dropped dramatically.”

By April, Scott says SSPO members were back to being able to guarantee day-one for day two delivery, but with the added burden of £200,000 a month paperwork charges and with prices not back to their 2020 levels.

Despite such issues, Scott says the sector “has an extremely bright future” and “is vital to the survival of some of the country’s most remote rural communities”.

Many successful companies in Scotland’s food and drink sector are family businesses. These include Graham’s The Family Dairy, a third-generation family business based in Stirlingshire.

Robert Graham, managing director of Graham’s The Family Dairy, says while much has changed with the business over the year, its core values remain the same. “This means we are able to take a long-term view in the interests of our customers, colleagues, partners and, critically the environment,” he explains.

He says the business has adapted to the challenges of climate change, which includes achieving net zero emissions across its business and supply chain by 2035. Recent projects in this area include: securing planning permission for a 15MW solar park on its carse of Stirling farmland; developing battery storage and a smart grid and milk bottles made from 100 per cent recycled glass.

Arbikie Highland Estate is a family-owned working farm in Angus that produces a range of spirits, including gin, whisky and vodka. Iain Stirling set up Arbikie Distillery so it could distil, mature and bottle their spirits using potatoes, barley, rye and wheat that has grown on the family farm for more than 400 years.

Stirling says: “We aim to be one of the world’s most sustainable distilleries and we are on a journey where we dramatically reduce our impact on the environment.

“This includes distilling the world’s first climate-positive and carbon-negative gin and vodka, Nadar, and distilling all our spirits from scratch.

“We are also working on powering our distillery with hydrogen, having won a first phase in the Government’s Green Distilleries competition and are very hopeful of being included in the very competitive second stage of demonstration.”

In an announcement that was described as “historic” by Boris Johnson, the Westminster government unveiled the UK-Australia free trade deal with great fanfare earlier this month.

The agreement announced on 15 June is the first major trade deal concluded by the UK since Brexit and is seen as the first of more to come. The deal will eliminate tariffs on all UK goods to Australia and, according to Westminster, it will boost jobs and businesses across the country.

The UK government added that Scotch whisky will be cheaper to sell into Australia, because the 5 per cent tariff will go, and it claimed that British farmers will be protected by a cap on tariff-free imports for 15 years, using tariff rate quotas and other safeguards.

But the deal has not been well received by Scotland’s farmers who warn it will ultimately give Australia ‘unfettered access’ to UK food and drink markets and may make it impossible for Scottish famers to compete. Scott Walker, National Farmers Union Scotland chief executive officer, said: “We are not happy with it.”

He added: “The biggest disappointment for me is that we look at countries, such as New Zealand and Australia, where their industry and government work in partnership. They therefore get a trade deal that actually delivers for them. We have given away too much and got very little back at this stage.”

And Walker said: “Our big fear has always been not just the Australian trade deal, but the cumulative effect. Straight off the back of this, the government is away to negotiate with New Zealand.”

In contrast, the UK-Australia deal has been welcomed by Scotch whisky producers.

Martin Bell, Scotch Whisky association deputy director of trade, said there are “big plus points” in the agreement, including improved legal protection for Scotland’s national drink in a market where fake products are an issue.

“The deal is likely to come into force next summer and the 5 per cent import tariff goes at that point. Australia is one of the highest taxed jurisdictions in world so that’s quite significant,” said Bell. “The deal’s agreement in principle also commits Australia to use

It’s ‘best endeavours’ to improve the whisky definition. Ultimately, what we would hope to see is an improved legal definition of whisky in Australia.”

Movement could double size of Scotland's 'climate tech' sector by 2025