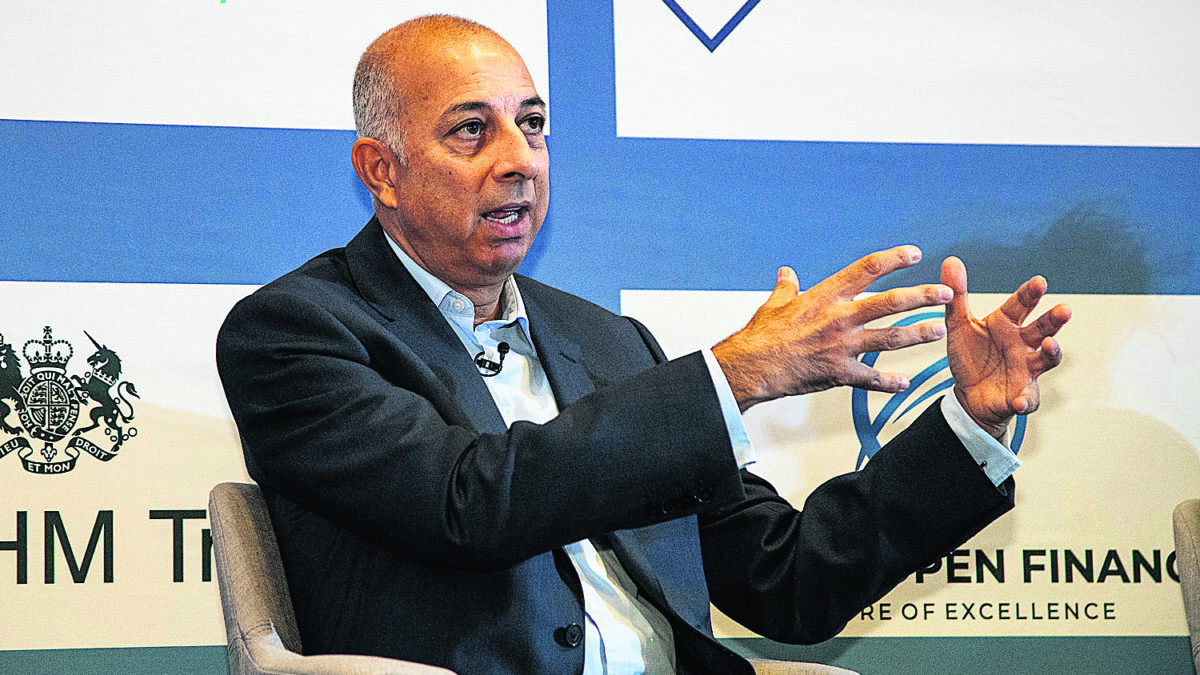 "In the first half of 2021, across private equity, venture capital and merger & acquisition deals, UK fintech firms attracted a staggering US$24.5 billion of new capital – four times the amount invested in 2020," said Ron Kalifa
Fintech

There is little doubt that the UK has been punching above its weight for the last four or five years as far as fintech is concerned. Initially this was largely driven by entrepreneurial zeal, and fintech clusters grew wherever entrepreneurs happened to be.

Then both the Scottish and Westminster governments took note. The idea took hold that while the start of the UK fintech revolution might have been happenstance, we were on to something with serious potential. Politicians woke up to the fact that fintech has the power to make a significant difference to jobs, the economy and exports.

It also has the potential to add a real lustre to the reputation of the UK financial service sector at a time when Brexit is possibly casting a dour shadow over the sector.

In April 2020, Ron Kalifa, the former CEO of Worldpay, a billion-pound spin-out from the Royal Bank of Scotland, was asked to conduct a review of the fintech sector. His mission was to recommend what could be done by government, enterprise agencies and the regulatory authorities to boost the sector to the next level.

In a recent speech Kalifa was adamant that since the publication of his review, there has been excellent progress in implementing his findings.

He pointed out that we are starting from a great base. In 2019 UK fintech was 10 per cent of the global fintech market and was worth £11 billion in revenue. Since then the growth, in his words, has been “spectacular”, despite the ravages of Covid.

“In the first half of 2021, across private equity, venture capital and merger & acquisition (M&A) deals, UK fintech firms attracted a staggering US$24.5 billion of new capital – four times the amount invested in 2020,” he says.

Kalifa’s review identified 10 fintech clusters across the UK. He points out that clusters are key growth points.

Clusters are where financial services and technology expertise, STEM skills and academia and investment capital are present. They are recognised to be powerful economic and social development tools that empower innovation and demonstrate high levels of resilience. Clusters grow faster than the mainstream economy and respond to innovation opportunities quicker. They employ 25 per cent more people than comparable businesses outside of London. And they pay more, with on average 11 per cent higher salaries

If clusters have this kind of growing power and form for the most part under their own steam, what role is there for government? Kalifa wants to see a real ‘doubling down’ on the clusters with governments and their agencies doing everything they can to improve the connectivity between them.

He wants to see the traditional financial heavyweights, as well as successful fintech firms, becoming much more open to helping fintech start-ups deal with the challenges they face. Government and government agencies or sponsored bodies can help to accelerate things, Kalifa argues.

Fintech Scotland, for example, is widely credited with having a key role in helping to boost Scotland’s fintech cluster, which has recognised expertise, in open finance and regtech. (This last refers to applications that help businesses to comply with, say, anti-money-laundering and know-your-client regulations).

“Already this year, Scottish fintech firms have raised £91 million and tech roles have increased by 25 per cent across both Glasgow and Edinburgh,” he notes.

There have been challenges: immediate action has at times been required for businesses to combat the forces of change and disruption caused by Brexit, the pandemic and other unexpected events.

The Pinsent Masons fintech and financial services sector teams have supported their clients navigate these forces, not only from a risk perspective, but also in order take advantage of the opportunities they present.

Responding to regulatory change, using artificial intelligence, accelerating digital transformation, embracing cloud technology and understanding how open finance, crypto-assets and other key market developments will impact the future of money, savings, investment and insurance all continue to be key reasons to engage with our sector-focused experienced commercial and legal advisers. And despite fears over Brexit, the UK continues to drive real innovation.

In what could turn out to be a key boost for UK fintech, the Bank of England has decided to set up a dedicated task force to look into the possibility of establishing the Bank’s own central bank digital currency (CBDC).

The committee is co-chaired by the Bank’s deputy governor, Jon Cunliffe, and HM Treasury’s director general of financial services, Katherine Braddick. This was one of three initiatives announced by the Chancellor, Rishi Sunak, during FinTech Week, held in mid-April this year. The three initiatives, taken together, are designed to further boost the UK’s fintech industry.

The other two initiatives involve the setting up of a Centre for Finance, Innovation and Technology (CFIT) and moves to ensure that the UK conforms to the highest possible regulatory standards.

As part of the regulatory initiative, the UK government will be consulting on changes to the prospectus regime for companies seeking a listing. The idea is to make sure that the rules are not overly burdensome for growing fintech companies.

One of the perennial problems that many fintech startups have to overcome is finding ways of understanding how large data sets and high transaction volumes will impact their systems. They may also need to find ways of extracting value from the hidden patterns in huge data sets.

An initiative set up a year ago by the University of Edinburgh, the Financial Data and Technology Association and FinTech Scotland aims to provide fintechs with clean, anonymous data along with the computing power to analyse patterns in the data.

The Global Open Finance Centre of Excellence (GOFCoE), based at the Bayes Centre at the University of Edinburgh, was awarded £22.5 million in funding, over five years, in June 2020.

In addition to working on financial equality issues, the centre is also working on creating large, representative, synthetic data sets.

These data sets are based on real accounts with the personal, identifiable elements stripped out. They eliminate data privacy issues and remove the inherent biases in real data.

They will help fintechs to test their propositions in an environment that conforms to the secure data requirements of the financial service sector. Commenting on the GOFCoE’s mission, the centre’s interim head of marking and communications, Richard Seabrook, points out that these synthetic data sets mimic large real data sets in most essential aspects.

The data sets use over one million de-identified NatWest account records, with the potential for even larger real-life but de-personalised data sets to be added in future.

The new financial tribes that banks need to know

The new financial tribes that banks need to know